Meaning of the Lotus Flower 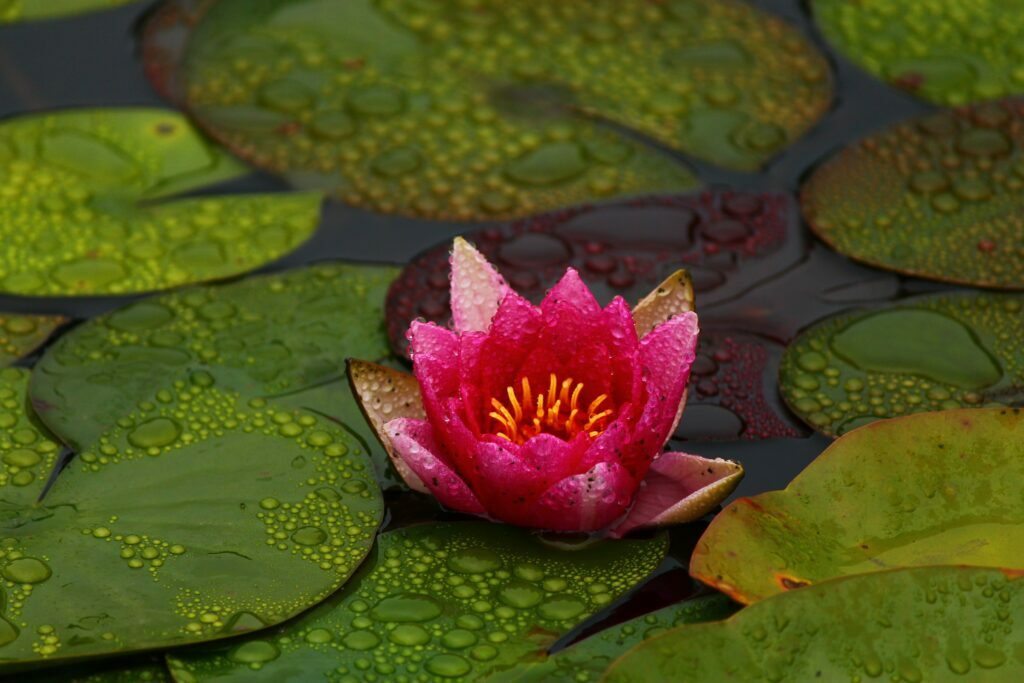 Lotus and its Symbolism

What is so mysterious and magical about the lotus flower?

Is it the beauty of the flower itself and how it grows in mud and water?

Is it the story and symbolism attributed to the lotus?

I don’t have answers to these questions. 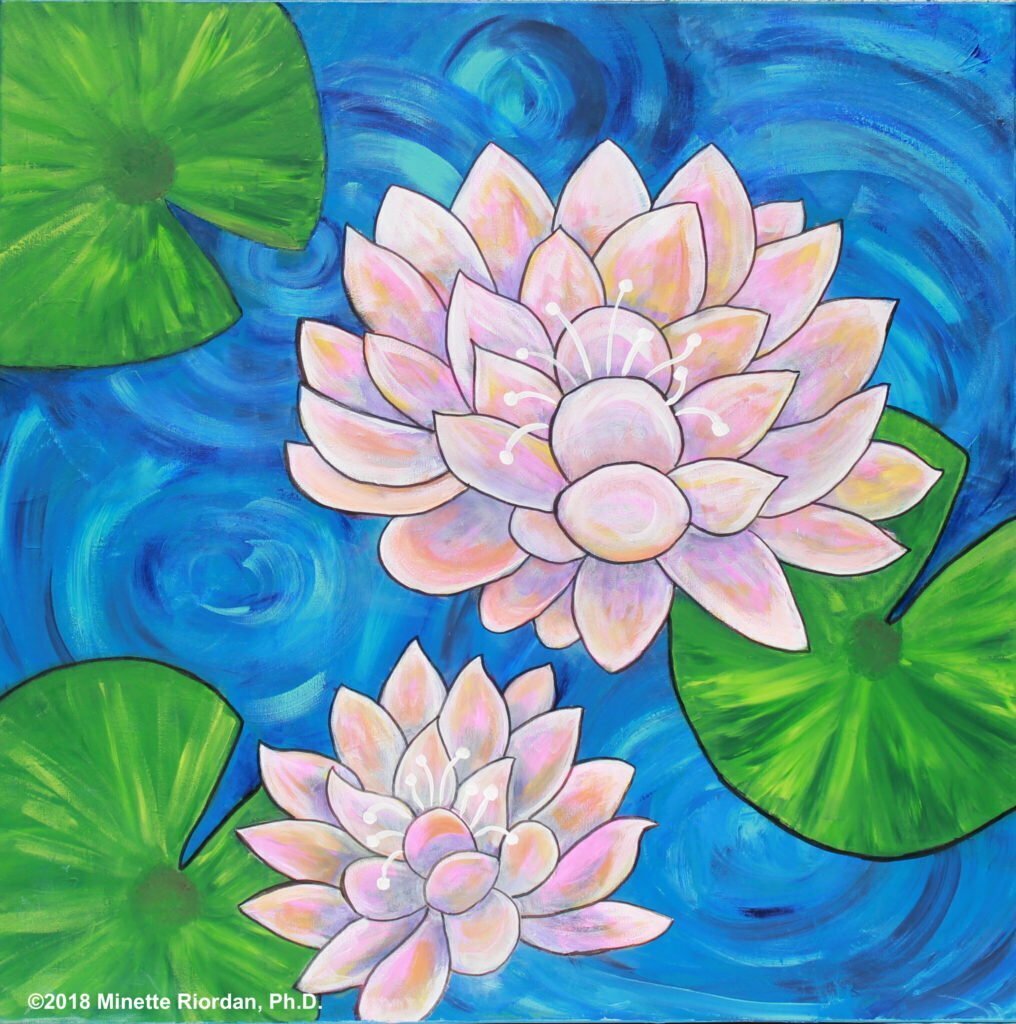 I do have a love of creating drawings, painting and images of this historical blossom. It often appears in my artwork. 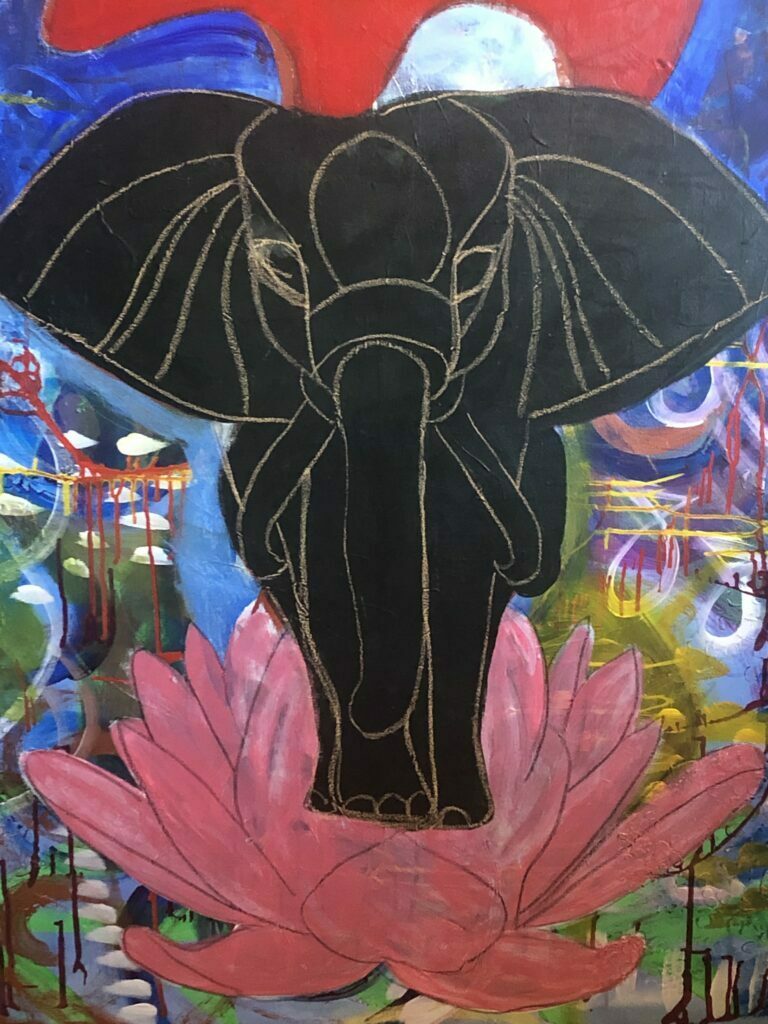 Here it is as the base of a totem animal painting I am working on. It’s been at this stage for a while. I haven’t made enough time for painting lately. It’s in the messy middle stage, the lotus is definitely hiding in the mud at the moment. 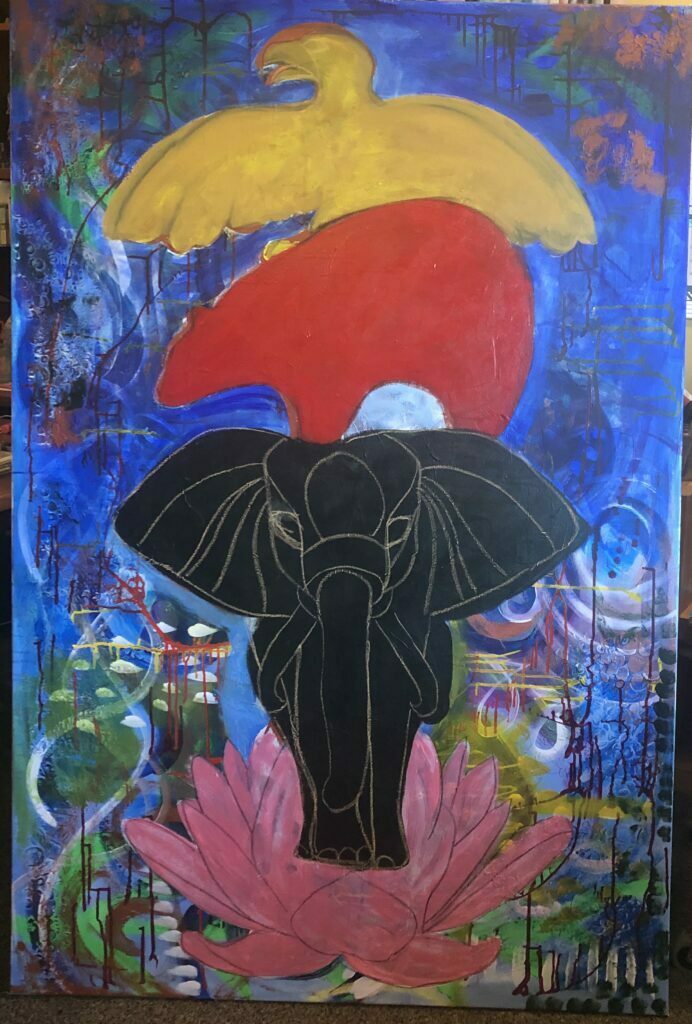 I consider the lotus flower to be a powerful symbol for what is happening today with Covid-19. I trust that there will be sunlight, renewal and open doors again. But right now, our lives are in waiting, we are in hiding as we shelter in place, hopeful, prayerful and believing that times will change.

I found this brief description from Bingham University to be a good snapshot:

The Symbolic Meaning of the Lotus Flower

The Lotus Flower grows in the deep mud, far away from the sun. But, sooner or later, the Lotus reaches the light becoming the most beautiful flower ever. The Lotus flower is regarded in many different cultures, especially in eastern religions, as a symbol of purity, enlightenment, self-regeneration and rebirth. Its characteristics are a perfect analogy for the human condition: even when its roots are in the dirtiest waters, the Lotus produces the most beautiful flower.

The Meaning the Lotus Flower in Buddhism

According to Buddhism, every person has the potential to become perfect and enlightened, and it is just a matter of time until each human reaches the light. Buddhists believe that it’s necessary to be reborn thousands of times, polishing one’s being through many incarnations, until one reaches nirvana – the highest state of consciousness that humans can access. So, the Buddha is sometimes depicted sitting on a Lotus flower, symbolizing the one who overcame the pain of that prevails in the material world and became enlightened, just like the Lotus flower which starts to grow in the dirty and muddy water but manages to surpass the water and produce a perfect flower.  Many Hindu gods are depicted sitting or standing on a Lotus flower for the same reason.

In my painting, three of my favorite animals stand tall and strong atop the Lotus flower. There is a deeper story to this painting and I am waiting for it to unfold.

Do you have a favorite flower or a favorite symbol that often shows up in your life or work?