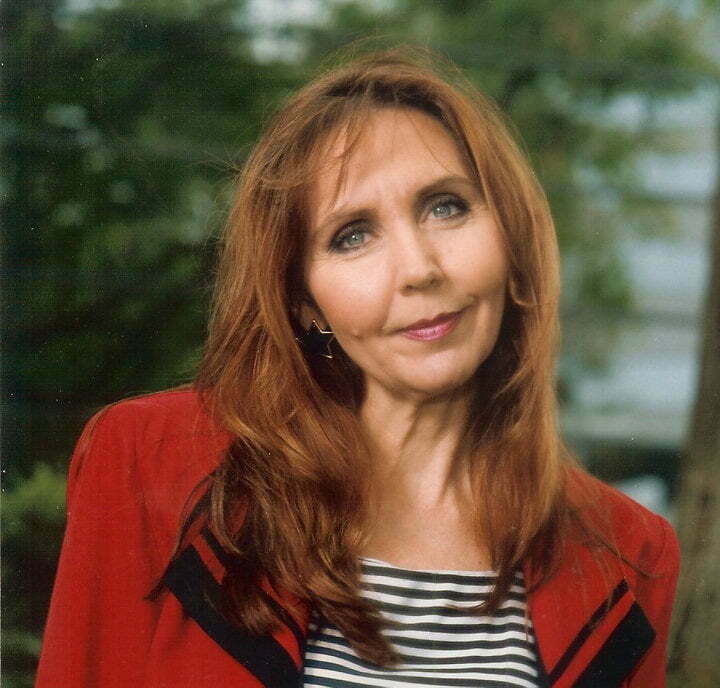 My Amazing Life: Celebrating the Ordinary and the Extraordinary in Women’s Lives

I am so delighted to share another entry in the “My Amazing Life: Celebrating the Ordinary and the Extraordinary in Women’s Lives” series on my blog. This one is written by the lovely and talented Jan Deelstra. Please enjoy her story and share some love in the comments below.

For those who prefer to listen than read, you can listen to Jan read her post here.

So far as I can recall, life began okay. I was an ordinary child born into an ordinary 1950’s household. It was only at 18 months into the process of learning to be human that suddenly life was akin to a snow globe being shaken by a hyperactive two-year-old. …and there I was, not yet two-feet tall, preverbal, and lacking the skills to yell “STOP!”

My young father and his close friend, both pilots, had crashed the little Piper Cub single-engine airplane they were flying. They were both dead.

I consider now, with my adult mind, what my mother could have been feeling when she heard the news. She too was young. It was Mother’s Day. She was six months pregnant with my younger brother, and I had two brothers ahead of me. And she was “traditional,” in the sense that in the 1950’s a woman was not taught, nor expected to work outside the home. That was the “man’s job.” And that “man” was buried on her 23rd birthday.

It must have been bigger than “hard” for her. Predictably perhaps, she shattered psychologically, and the shards led her to alcohol, which isn’t a very good glue for binding families.

There is no animosity here. In truth, I knew her to only a short degree, and that, only sporadically –intermittent motherhood periods, when she could cope, and not when she couldn’t.

She was a doting mom at times, one of those mommies who sewed and baked bread and slathered thick crusty slices with honey butter and read bedtime stories like The Five Little Peppers and How They Grew. And then the struggle was just too much and she would disappear, leaving us to our own devices…. Lessons learned: Independence, self-sufficiency, and a love for books and for reading, especially as a way to leave one environment and enter into some other, perhaps more desirable story.

Within a few years of my father’s/her husband’s death, and well into her vacillating parenthood, I was, along with my siblings, placed (as if by a rubber mallet for convincing square pegs into round holes) into “foster care.” There were many configurations after that. A brief escape; a sibling separation; a chess game of sorts, where the moves were of which sibling went where on a game board played by players and rules we weren’t privy to. Variations of that upheaval took place at random intervals and included several homes, so perhaps it’s more exact (I like to be exact…) to use the pleural tense: “foster cares.”

Exactness brought me kudos in Elementary Schools (there were many, and I learned to adapt) and continued throughout college. Exactness stiffened my uncertain esteem in place with military rigidity. To be “perfectly exact,” gave me a sense of accomplishment and in my ego-driven mind it must have set me above the slackers. It took me to the front row where teachers and professors smiled with pride at my “exactness” which they interpreted as intellect no doubt attributed to their teachings. That compulsion for exactness is a childhood survival skill which I am still unlearning, but which comes in handy when editing.

The word “foster” in my mind conjures a definition of “faux.” And most of the “faux” homes I was pounded into, were also laced like poison punch with “faux care” that smelled a lot like how to make a quick buck by corralling tossed away kids –the societal spoils.

Admittedly, a couple of the homes were quite nice, and some had built in siblings in the form of other spoils who were uprooted like rotten carrots and tossed to the compost pile. We didn’t know it of course, didn’t know that our individual experience was not ordinary, nor did we realize that we were the discards. We were too busy exploring dirt piles for the critters they contained, making hideaway huts, adapting to every consistent change, and forming sense from chaos in our budding minds. And in the spirit of disclosure and to sooth your mind of other images, I’ll share that I was never battered, abused, or harmed physically. Not the same for the boys. They each were many times on the soft side of the hard two-by-four that was shaped like a foot and wielded by a faux father. Mostly for bed-wetting. In the late 1950’s a wooden foot means of “discipline” was acceptable. And although I never wet myself, shrunken into shadows lest I be seen and included in discipline, I learned to be less than “a fly on the wall.” As I witnessed the tyrant’s parental style, I learned the magic to be invisible.

The gift (there is always a gift) is a heightened intuition built by observation…. That, and learning to keep my mouth shut and use my brain in dangerous situations…. And what I had to unlearn (and I promise you, that will come later) was the invisible part.

History repeats if we are not diligent. It’s like an invisible template that replicates if we are unaware. Perhaps it’s more like a cancer cell, and I am sugar coating, and it actually takes a focused laser beam to eradicate the beast.

My brothers stopped history from spawning by none of them having offspring. I replicated in the sense that I married, had three children, and divorced by my 23rd birthday. But I learned too, mostly by comparison of what not to do; the blanks of how to would just have to fill in as I grew. And what I consciously did not do was fall into an alcohol coma or add to the compost heap the fruits of my womb.

Instead, as has happened often throughout my life, the cosmos or the hand of God –I am never really sure which, plucked me and placed me into a self-awareness and assertiveness training group where I came off the wall and learned to own my once pre-verbal voice.

The previously squelched voice, the newly adopted assertiveness, and unquestionably my rapid transformation impressed the facilitators (remember that exactness? It served me here) and they invited me to come to work at the Department of Human Services in a constituent services, women’s empowerment role. My position there, I determined, was not to stuff children into faux circumstances, but was rather to empower the mothers with education and other survival skills, and by doing so, to simultaneously improve the lives of their offspring, and of theirs, and so forth, generationally….

As the career unfolded, it became clear that my ordinary childhood experience and perspective gave me a unique edge in making a difference in my client’s lives. That ordinary life, as it turned out, had the extraordinary power to effect positive change on the lives of generations.

Many of my first clients are still in contact with me, sending appreciations for their life saving changes, and introducing me now to their thriving children and grandchildren. My eyes well, and I indulge my ego for a job well done, while my heart cracks wide open at the news of “success.” Sometimes “success” is living well enough to see your child graduate from high school against what could have been insurmountable challenges. Sometimes “celebrating the ordinary” is actually a celebration of the “extraordinary” because most of these kids had less than zero chance of reaching beyond the streets. And yet many have made extraordinary leaps to out step history. Even as I write this, my eyes threaten to over-flow with ego. It feels good. It feels like love.

That ten year career was at once, the most rewarding and simultaneously the most heart-wrenchingly challenging position of my life’s career choices. But as history unveils truths, it turns out that even at times when I’ve felt most bamboozled, every piece of my puzzle eventually contributes to creation of the life I love at any given moment. And there are many pieces that at the time of their formation looked as if they didn’t belong. Sometimes it takes years before the piece reveals its significant position in the whole unfolding scheme of human beingness. Then it simply fits into place when the time is right and the ordinary becomes extraordinary.

I have had an amazing life! Each piece is perfectly orchestrated, resulting in a magnificent song which is much smoother now. These days, my cherished clients are working women seeking to bridge the gap between spirit, mind, and body as that gap interferes with self-love and full-emergence into their goddess-like existence. With over 30 years under my belt as a women’s empowerment life coach, consultant, spiritual advisor, and now transformational author, the blaring blessings of my life, and my unfolding purpose is evident. Life is good. It’s also a matter of perception and choice. And these days, I consciously choose to live in the high frequency of negative ions and glorious sunshine in beautiful San Diego, where I don’t have far to travel to host the Women’s Empowerment Advance for Extraordinary Women. (Who wants to retreat? We’re advancing!)

Come and play in my garden….