Why Men and Women Respond Differently During an Argument 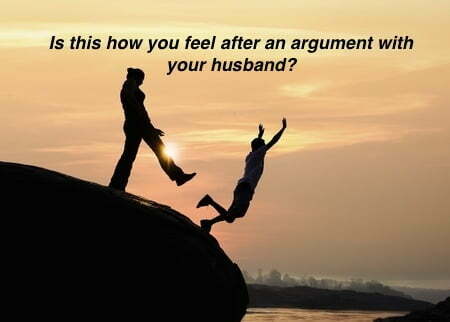 Why Men and Women Respond Differently During an Argument

Men and women respond differently to arguments, there is no doubt about it. I want to explain a bit about why as well as share some tips on repairing the damage from an argument. I want to preface this by saying some of this article will include generalizations, albeit generalizations that are backed by psychological research.  So take each observation as such.  Now, see if you recognize yourself or someone you love in this segment.

Most women find it absolutely infuriating when they want to fight, and their husband simply locks up, or ‘stonewalls.’ They feel cheated out of a good argument!  And, on a deeper level, an opportunity to be heard. What women may fail to realize, however, is that they should be thankful.  But why?!  It was going to be such a good fight.

Men and women are different when it comes to feeling, showing, handling, and even recognizing emotions.  Ironically, even though women are typically the more “emotional” beings of the two, women are quite adept at being emotionally detached during an argument.  Men, on the other hand… not so much.

Understanding the inherent qualities of a woman and a man during a conflict will help you see where an argument can be so confusing, and go so wrong.  We can blame, if you like, our ancestors, our really, really, old ancestors.

Women want to be heard

Instinctively, women must be heard to protect their offspring and their home. Women can often speak their minds forcefully if need be – with no other intentions than to make sure they are heard.  Women can, and do, very often argue loudly with their spouse without becoming emotionally involved.  Remember, women just want to be heard. This sometimes loud expression is a protection mechanism and at the moment of the outburst, typically void of emotion. This can be confusing to the recipient – the man.

By their very nature, men associate confrontation with a clear and present danger. As such, men instinctively respond to a loud or serious argument with a strong sense of danger and perhaps violence – in other words, emotion. Men are not capable of separating emotion and conflict in an argument because men sense danger as they protect their herd.

Normally in today’s environment, a loud argument or disagreement between a husband and wife doesn’t require the same sort of physiological or emotional response it did in prehistoric times. Basically, this instinctive behavior is no longer needed, so now what?

When a man’s instinctive protection mechanism becomes unnecessary, or a threat to the safety of their opponent, in this case a woman, becoming physical is not an option.  So what happens with this unresolved instinctive behavior?

What happens is a psychological defense mechanism kicks in.  This mechanism takes the form of withdrawal.  This safety mechanism happens in order to prevent his emotions from getting out of control and allowing him to lose his temper completely.  He has no outlet that is acceptable.  His wife is arguing loudly because she has to make herself heard, and his instinctive behavior to this clear and present danger is simply no longer needed or desirable.  He chooses the next level of conflict – run and hide.  Which translates into withdrawal.

Why men withdraw during arguments

When a man stonewalls or withdraws during an argument, it is an indication that he is already quite upset and does not trust himself to remain in control, often at a subconscious level.  Whether he actually thinks this through, or his instincts are taking over, is not known.  What we do know, and what he believes, is his emotions could cause him to careen down a dangerous course, in one way or another.

While this reaction can be incredibly infuriating to a woman trying to speak her mind, unemotionally, and trying to get her husband to speak his mind in the process, it really is often a blessing in disguise. Of course the irony is the woman instinctively remains unemotional during this argument while she expects her husband to share his feelings, his emotions.  And, the best thing that could happen is that he withdraws to keep himself, and his spouse, safe.

It may seem like the woman will never get to the heart of the matter if the husband doesn’t respond to her unemotional, loudly expressed argument.  Just the opposite is true if the spouses learn how to argue.

Why withdrawal may be necessary

While withdrawing emotionally might hamper communication temporarily, it is a necessary mechanism that prevents a man from becoming irrational or violent.  As such, women running into a “stone wall” should understand this is what keeps a man from reacting as if living in prehistoric times when a confrontation meant real danger. This modern-age psychological programming may cause men to withdraw, but it’s a temporary condition that allows for a cooling off period.

Reconnecting and repairing the damage

Of course, we hope to redirect our argument into a calm discussion when the time is right, but if that doesn’t happen, what’s next?  There may be other issues, and maybe not with the man.  If your husband frequently stonewalls during an argument, it’s possible you are pushing him to withdraw for a reason. No one likes feeling bullied or pushed out of their comfort zone. Is an honest argument something you want to start but not finish? Do you want him to hear you but don’t want to make any changes yourself?

Take another, deeper look at how your arguments are going.  Understanding the instinctive, sometimes ‘knee jerk’ reactions to stress that both women and men have is the first step to change.  Back up and take a look at the way you argue.  Do you need to be loud to be heard?  Does your husband retreat every time you approach him with a problem?  If so, rethink your needs and try bringing more thought, and less instinct, to your discussions.

Dr. Minette Riordan is the co-author with Dr. Caron Goode of From Fizzle to Sizzle: 4 Crucial Tools for Relationship Repair. She is a creativity and marketing coach who’s passion is helping married women with kids reconnect with their husbands and recapture the sizzle and love that brought them together! This is even more crucial if you work in the same business together. Learn more about Dr. Riordan’s work here.